Well, I guess this could be considered an early 2012 retrospective as this is my first blog post this year (so much for the goal of doing one a week, a goal I am not sure is actually all that worthy to be honest)

Firstly, about the 101 goals in 1001 days. I am so glad I did it, just the act of thinking about what you want to achieve is worthwhile, putting a time limit on it so it’s not a bucket list for someday but a list of things you are seriously going to try achieve in a few years. The 1001 days is interesting, short enough to feel some pressure but long enough to have a few of each season for anything that is time sensitive. I think I was a bit ambitious with my list, though I always knew it was a reach I probably bit off more than I could chew!

Before I go through them all I just want to say the most transformative thing of the whole 1001 days has been this year, in particular running and the impact it has had on my fitness. When I talked about the 101 goals lots of people got excited but everyone kind of did a double take when they saw I was doing a marathon, I think they did not believe I could (and I can’t blame them, I’ve never been super-fit and was in my worst shape ever). I started in Jan with the NHS Couch to 5k and then an excellent training schedule provided by Oxfam as I was entered into Edinburgh for them in May. I trained really hard for it as you can tell from the runkeeper stats, 88,365 calories - 592.2 miles and active for nearly 6 days in total!

The purple in May is when I started biking after not having a bike for 15 years or so and unfortunately I came off it a few days before the marathon and broke my arm and dislocated my shoulder. I was so ready and had raised so much for Oxfam that I thought I had to do it so (after being dissuaded from duct taping my arm still) I decided to walk it, and finished just in time for medals! 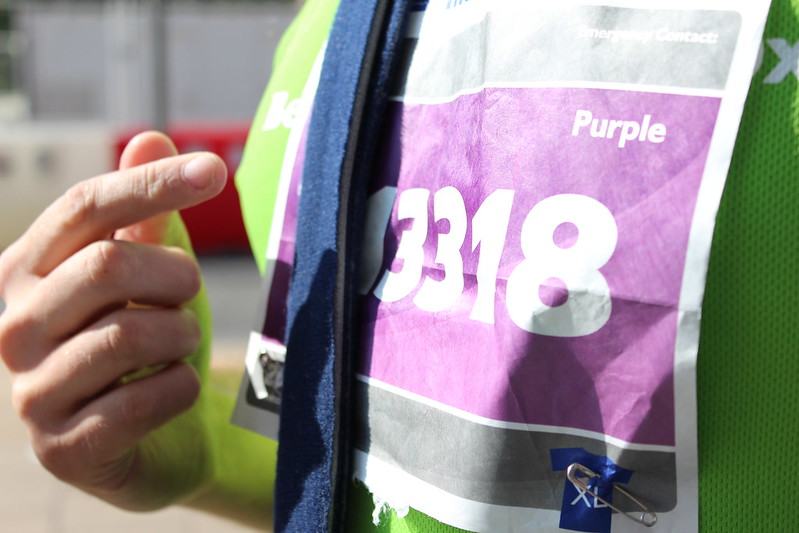 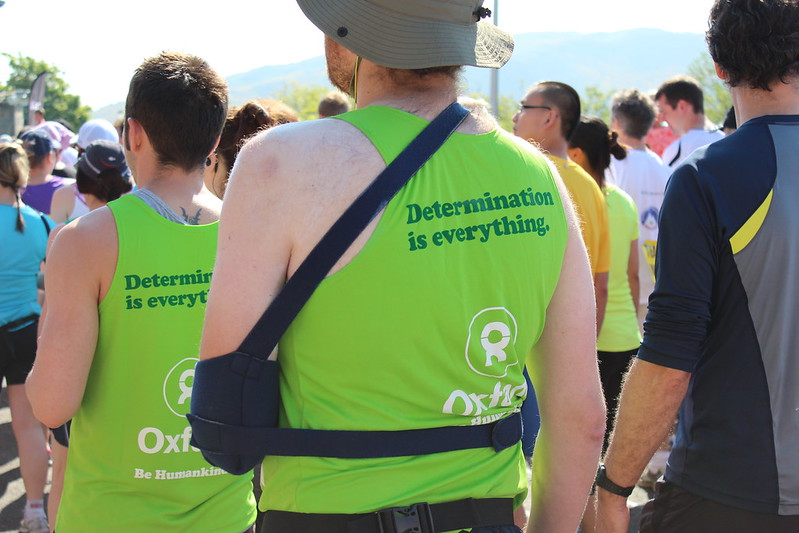 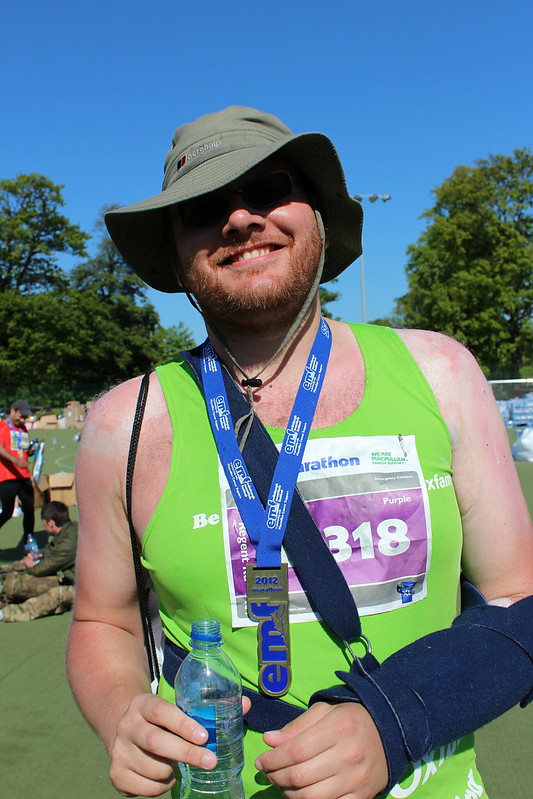 So that went well but I was unable to train for quite a while and missed the chance of doing a triathlon this year.

I used my new fitness level to try and climb every 3000ft mountain in Wales in a continuous walk on a weekend when a months worth of rain fell in a day and we had 40mph winds, managed 11 of them. 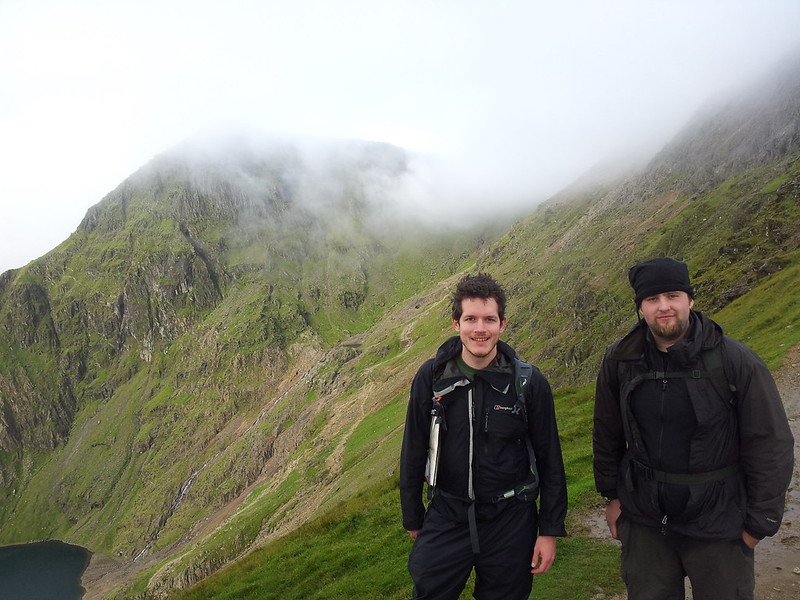 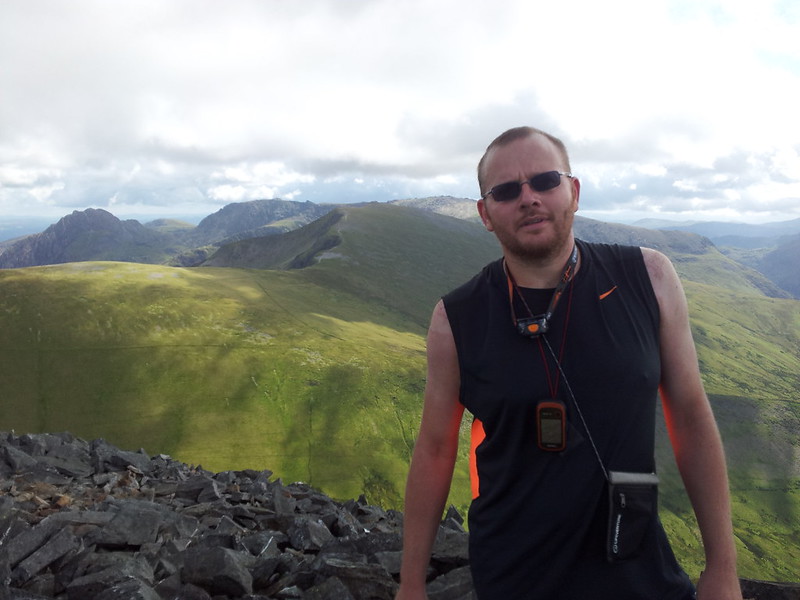 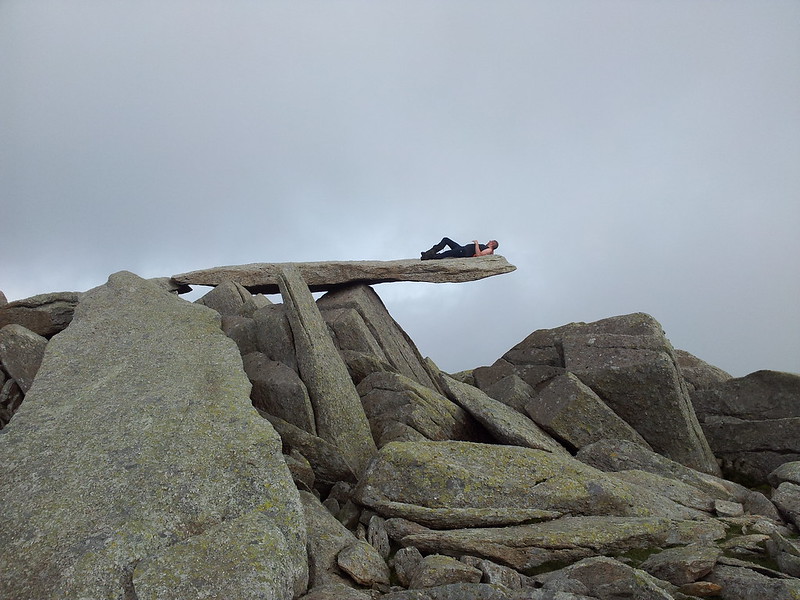 After going on a safari in Kenya with Petra, my sister Carrie and my Mum (which Carrie captures perfectly here ) I met my friend Colin (who I have known since the first day of primary school, actually not the only friend I can say that of I am lucky to have a few) in tanzania and we climbed Kilimanjaro. It was the hardest thing I have ever done, but not in a satisfying way, the typical kili trip does not allow enough time to acclimatize and your resistance to altitude is largely genetic and it’s quite a dirty and busy mountain. Glad I did it? Yeah, proved I have some serious resolve. Would I recommend? No, there are nicer challenges that reward preperation more and are cleaner and more beautiful. Maybe I should say more but a portered trip walking only 5h a day and going too high too quickly does not compare to the Alps or even UK hill days. Maybe it’s still too soon and retrospective pleasure has not kicked in yet but I am sure I’ll stand by it. 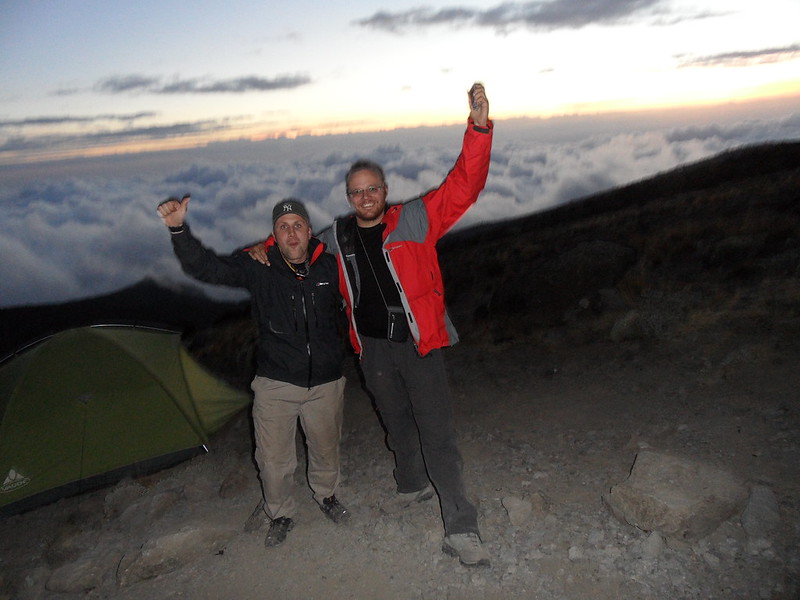 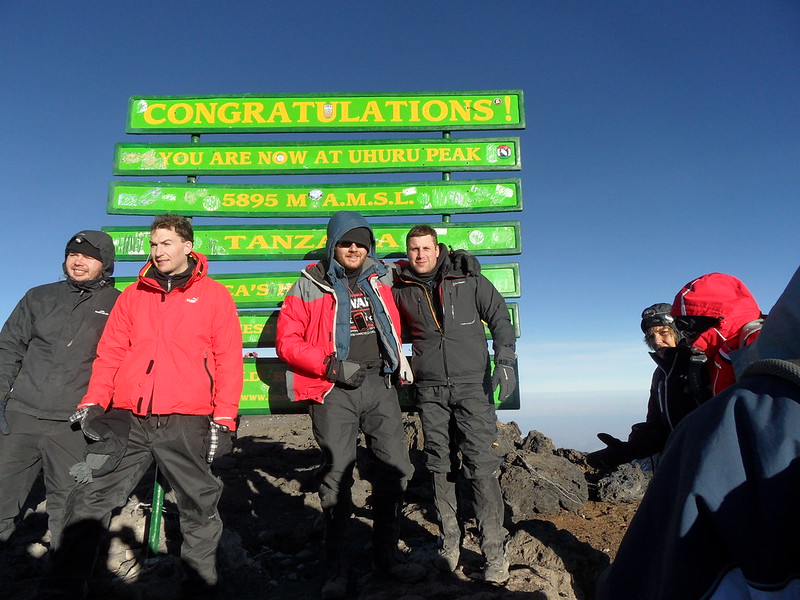 The week after I did the Liverpool marathon too, basically I thought it was a toss-up between the red blood cells from kili and a twisted ankle how well I would do but in the end I had just not got enough long runs in and my quads packed in at 22 miles and I needed to walk a bit. Me and Carrie, who apparantly I inspired to enter the marathon (though she beat me by 15 mins!) 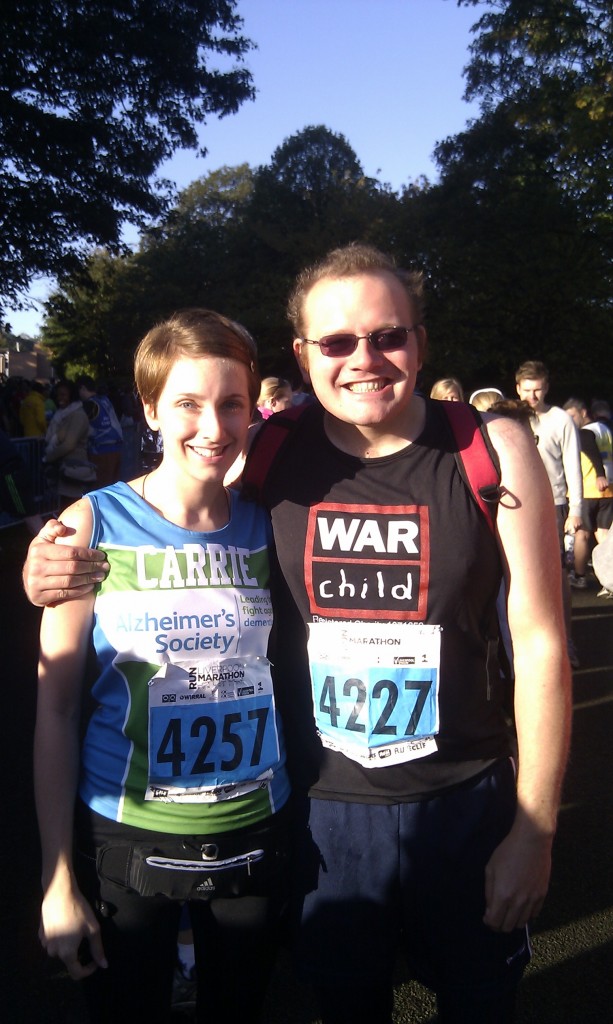 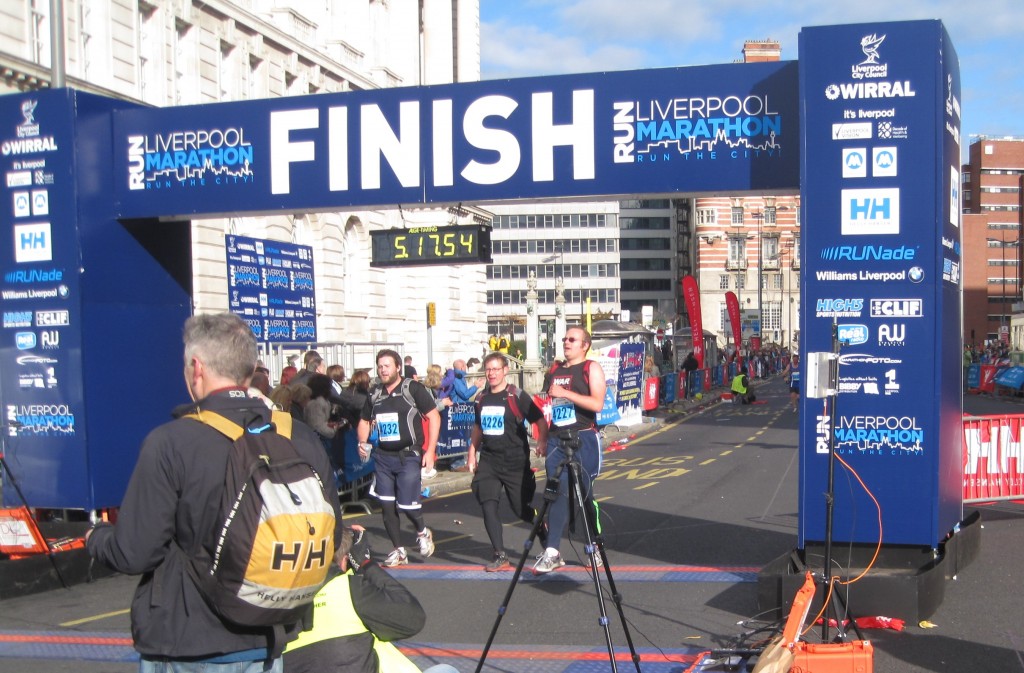 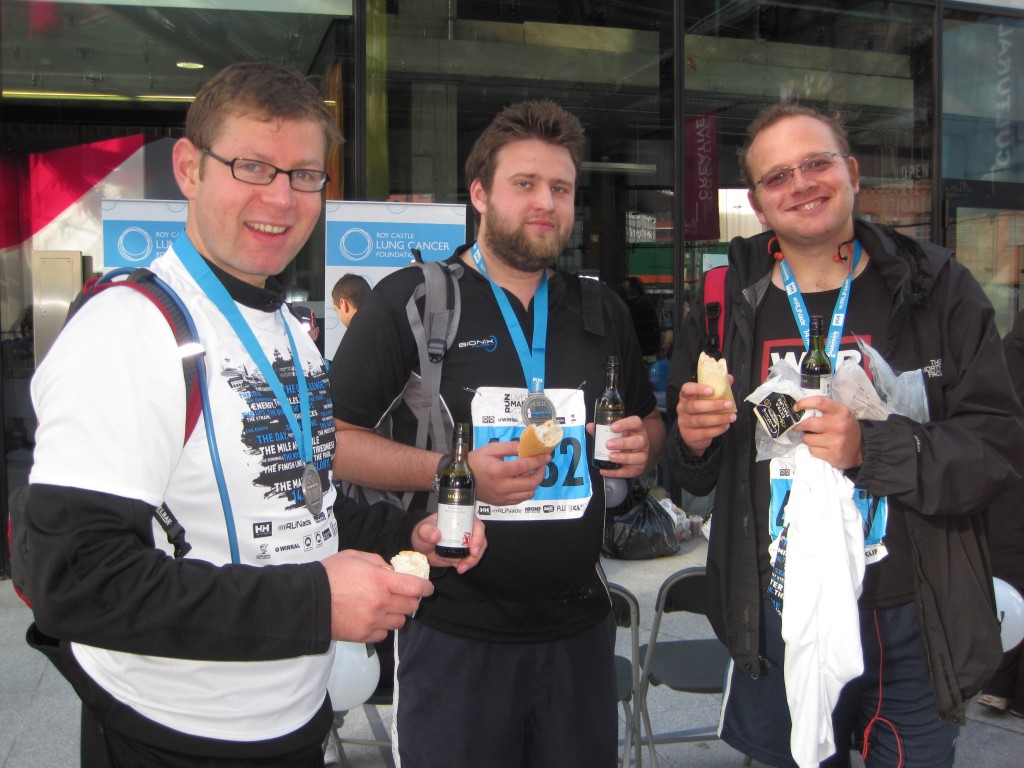 The founding members of the Bread Wine and Cheese Athletics association crossing the line together then finishing the goodies we took along with us.

I’m still raising money at justgiving.com/tommys-final-push for WarChild. All money donated is doubled by Forward next week so every penny counts twice!

So, smashing it this year but how did I do overall? Dayzero has me on 42 complete. I am quite pleased but have decided to extend to the end of the year and try and tick a few more off, not least so I can have a finishing party. My goals, my rules after all ;-)

I will be doing another 101 goals, building up to swimming the Helespont and doing an ironman (quite a reach as I can’t swim at the moment!)

What would I change? Blog more about it, involve more people, have as much drive as I had this year for the whole period.

I am really please to have encouraged half a dozen others to start lists.

One again Forward took all its staff to Las Vegas for the Christmas party, cheers Neil! We stayed at…